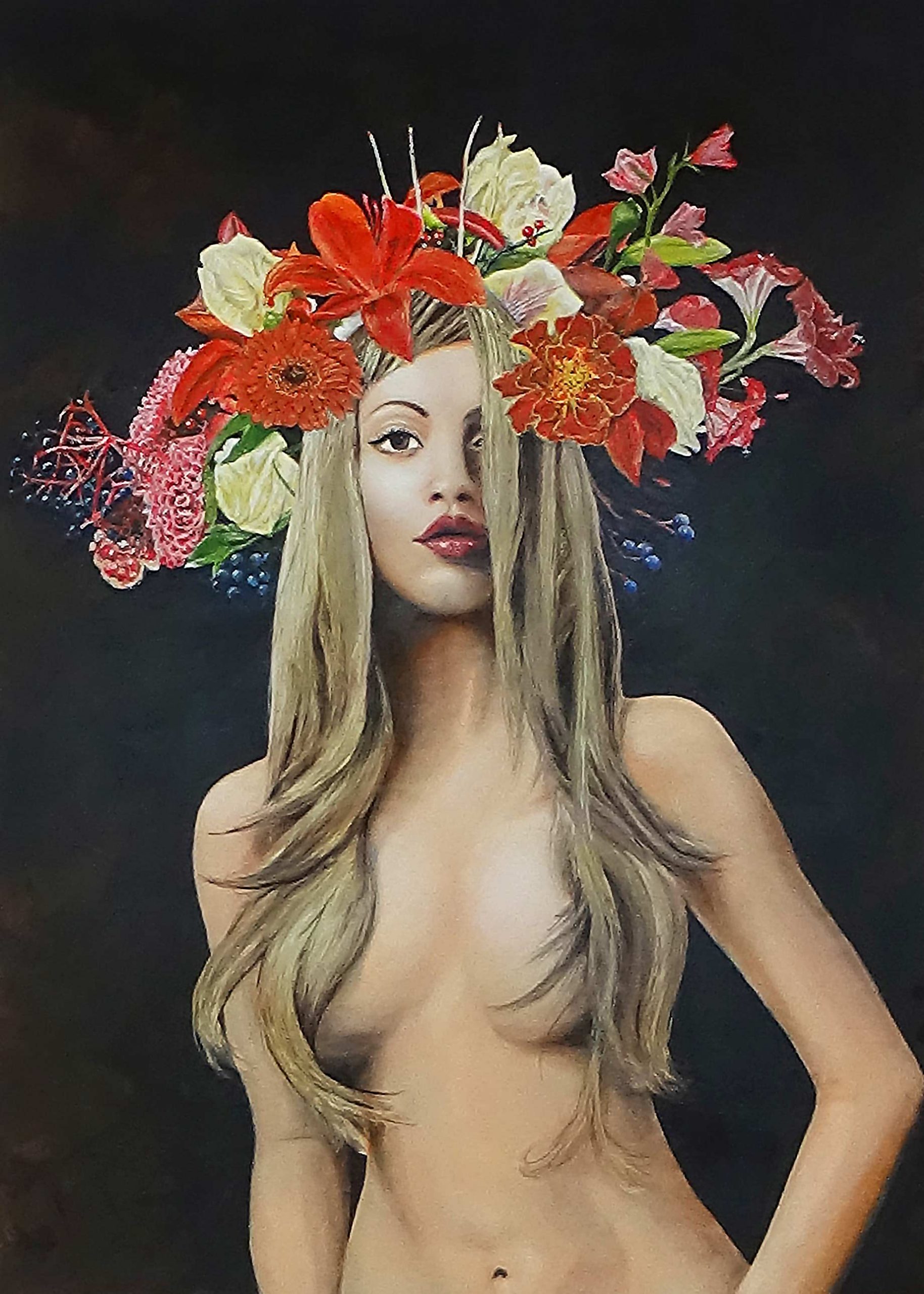 3A (Aphrodite) is a painting that began as a simple thought experiment. If Aphrodite was a contemporary girl who posted a photo of herself on Social Media, what might she look like?

She would look gorgeous, and at the same time go right to the edge of being censured by nipple detecting algorithms, and social media staff assigned to police their platform.

Aphrodite, of course is no mere mortal of today. In ancient Greece she was the goddess of sexual love, beauty and procreation, and later called Venus by the Romans. The etymology is peculiar. The Greek word aphros means “foam,” and Hesiod relates in his Theogony that Aphrodite was born from the white foam produced by the severed genitals of Uranus, after his son Cronus threw them into the sea. If you smoked funny weed, you could not make this up.

We could easily draw on a popular reference that everyone has seen. In mid 1480s, the entire story was all sublimely painted in egg tempera by Sandro Botticelli in his “The Birth of Venus”. But the interest in depicting Aphrodite has been with us all the way back from antiquity and up until now. There will be produced many more Aphrodite paintings and sculptures in the future. Female and male artists are excused for selecting a divine muse that signifies love and beauty.

The painting is no longer available, however, you might be able to obtain the same motif as a smaller limited edition print hand signed and numbered by the artist.

View as edition in shop?
0