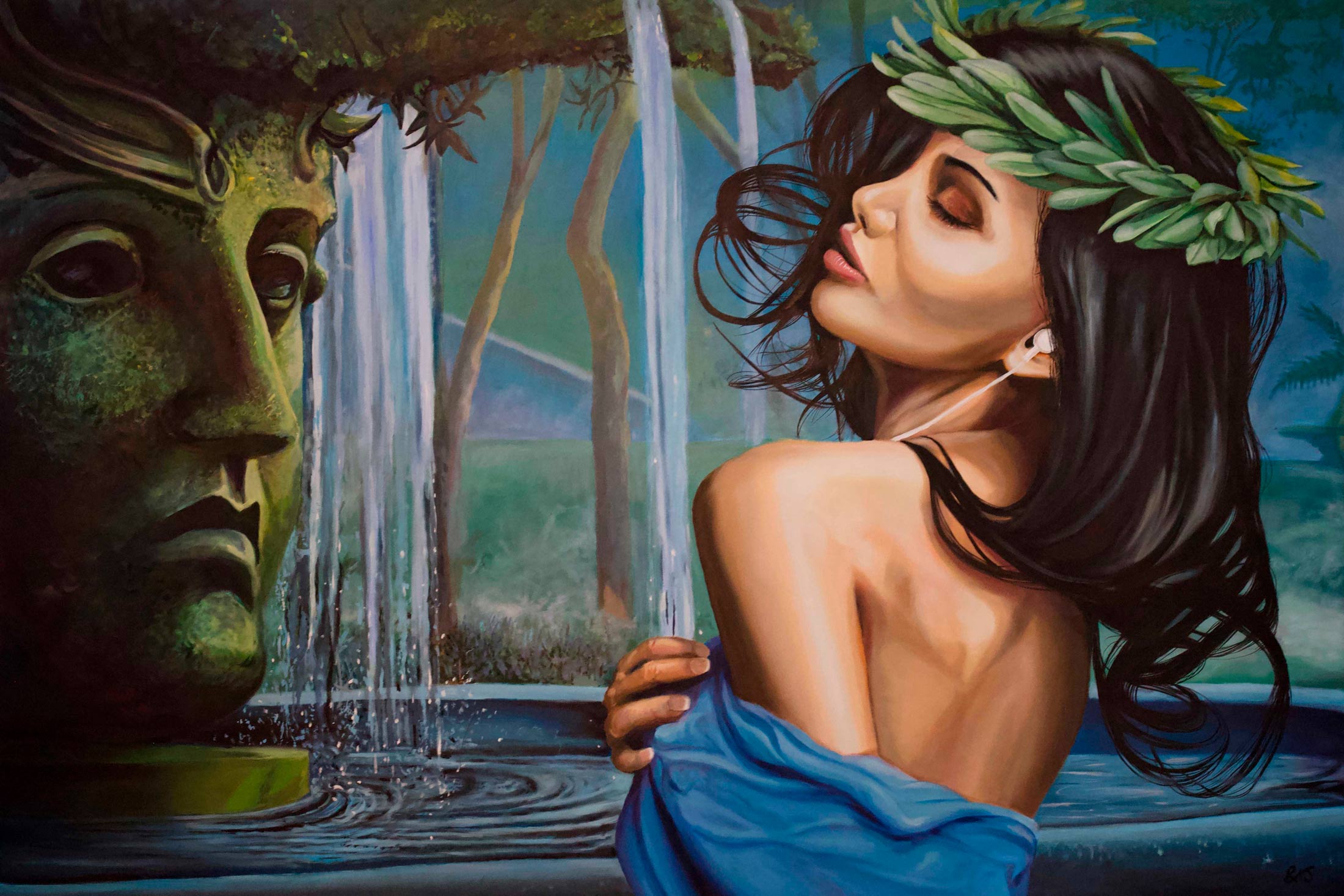 This painting of Ariadne is brought a little up to date with the anachronism of headphones. She a Cretan princess in Greek mythology. To put her in context, she has an impressive family tree. She is daughter of King Minos of Crete and his wife Pasiphae, granddaughter of the sun god Helios.

She is associated with mazes and labyrinths because of her involvement in the myths of the Minotaur and Theseus. She is known for having helped Theseus escape the Minotaur but being abandoned by him on the island of Naxos; subsequently, she later became the wife of Dionysus according to one variant of the myth.

But let us rewind the story a bit. Ariadne falls in love with Theseus, the son of King Aegeus of Athens. He has volunteered to kill the Minotaur. He is to enter a labyrinth to do so. Ariadne decides to help Theseus. First off the bat, she issues the young gentleman with a sword. That is of course very useful for slaying a terrible beast like a Minotaur. The latter is a genetical experiment that went terrible wrong in the Science Lab of Athens. Basically he is the head and tail of a bull and the rest is a man. The sword is a tad obvious the authors soon realised, so in addition to that, the young princess gives Theseus a ball of thread. She advises him to bind the thread to the entrance of the labyrinth, and then let it unroll as he goes deeper and deeper into the labyrinth to slay the genetically challenged Mr Minotaur. Long story short Theseus completes the mission, and the two young lovers elope.

Now of course, a young princess would today use her mobile phone connected with some satellite nav or even imaging all while listening to Spotify and sending text messages to her boyfriend. She might go through the ornate and labyrinthine Greek Garden of Odessa, Ukraine that forms the backdrop in this painting of Ariadne.